Scott Harris an adult student at KKC, recently traveled to Japan for work. Whilst there took the opportunity to train at a kyokushin dojo. Scott said he had a really good time there and learnt a few new things which was great.

The people were so friendly and welcoming. Senpai Eijiro told me that many Australians had visited there, Shihan Masahiro has visited Australia twice and he showed me his trophy he won in Australia in 1996. 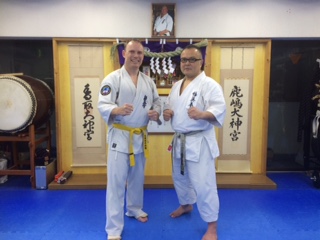 Scott with Shihan Masahiro Kaneko who ran the Oimachi dojo 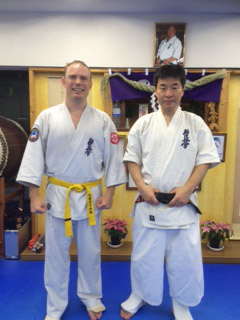 Scott with Senpai Eijiro Kanbe, Shihan David Pickthall’s friend who arranged everything for the visit. He also translated a lot for me 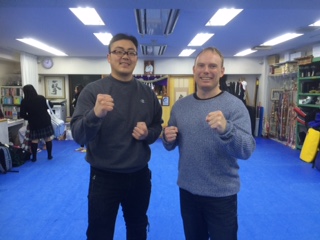