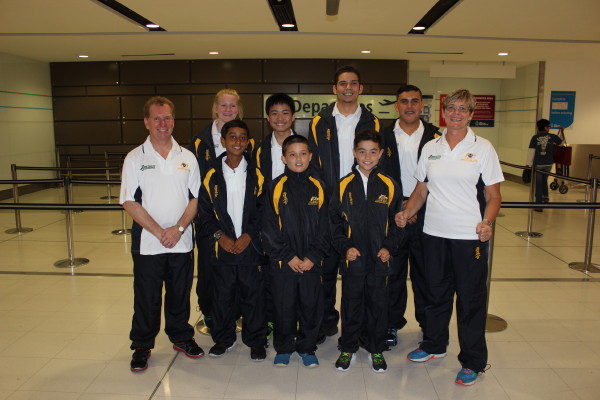 We departed on Saturday 14th March for our long awaited trip to Greece for the IFK World Junior Karate Championships, everyone was excited to finally be heading off pictured above the team at Sydney International Airport. 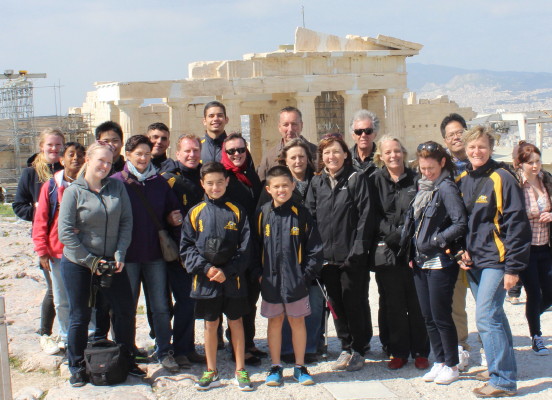 Our group of 19 pictured above was made up of family and friends who decided to make the trip and support the team. We arrived in Athens on Sunday 15th March, and spent the next three days sightseeing around Athens visiting the Acropolis, Acropolis Museum, the Panathenaic Stadium, Temple of Zues, Hadrian’s Gate, Syntagma Square, Temple of Olympian Zues, watching the changing of the Guard at Parliament House, visiting the Plaka with a day spent visiting the Argolis area; Epidaurus, Mycenae(Archaeological site/ museum), Nafplion, not to forget going over the Canal of Corinth a truly remarkable engineering feat. All the while fitting in time to train in preparation for the main purpose of our trip the IFK World Junior Karate Championships. 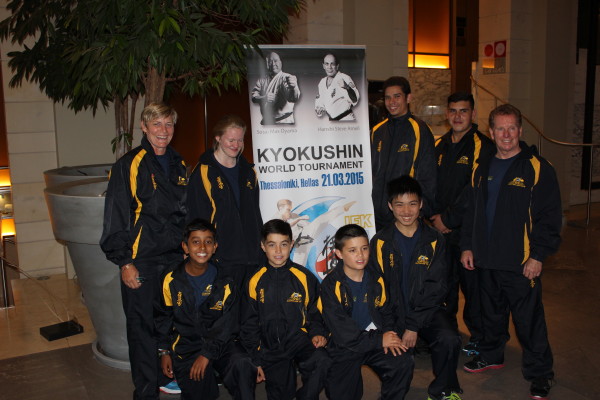 On Thursday 19th March we spent the day travelling to the event hotel in Thessaloniki, from the moment we arrived at the hotel you could feel the excitement rise as we started to meet karateka from other countries who were also arriving at the hotel in preparation for the tournament.

Tournament day arrives and we make our way to the event venue now it is starting to dawn on our team members the magnitude of this event, with 19 countries and a total of 24 teams and around 240 competitors entered and all under 21 years of age. Just some of the countries in the line up for the Tournament bow in pictured below.

The tournament started well with team clicker up first on Tatimi 1. We were off to a good start with Danny Lai & Nisha Hewitt winning their fights and the rest really close with the final fight being the decider, just piped at the post.!

Clicker individual: all fought very well with some exciting bouts and close finishes, but unfortunately no trophies.

Well done to you all, you have made us proud, our team had a wonderful time and gained valuable experience, thank you to IFK Hellas Kyokushin Karate for your wonderful hospitality during the 4th IFK Junior World tournament.

IFK Australia team pictured with Hanshi Steve Arneil at the Sayonara party below. 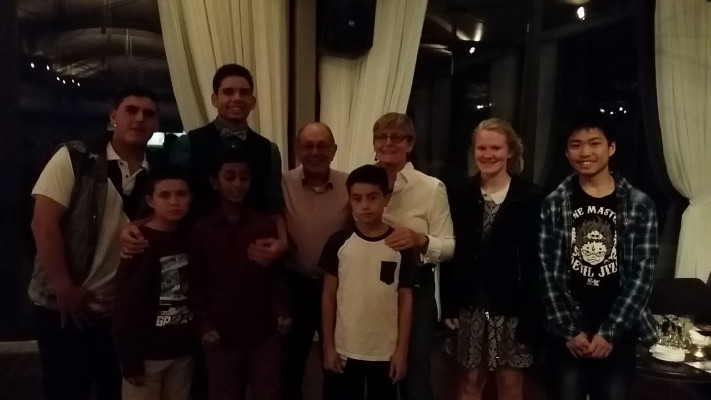 After the tournament we spent another day in Thessaloniki which is a wonderful city and then we headed to Kalamaka to visit the mountain top monasteries of the Meteroa breathtaking! The weather was overcast which made for some incredible photos of the monasteries and the valleys being draped in mist as the clouds rolled in and out. Our final day of touring we headed to Delphi to visit the museum, the ancient site and ruins, truly spectacular. Our last night was spent in Delphi and an early start to head to Athens airport and our trip home arriving in Sydney on Thursday 26th March.

The trip not only offered the team members an opportunity to compete on the world stage and meet some incredible Karateka but the opportunity to visit a wonderful country such as Greece and learn some of the history of the country.