This year we decided as part of our Christmas festivities to invite parent’s friends and / or a family member to participate in a karate class, but with a difference as this is our Christmas karate week. So all classes for the week students and friends were encouraged to dress up with some Christmas cheer and Shihan Doug Turnbull pictured below with Senpai Jenny joined us for one of the nights. Antlers really Shihan!

Students went to a lot of effort making their own costumes whilst others hit the shops to buy outfits to go with their dogi (karate uniform), the catch was that students still had to wear their dogi to training. Fortunately the weather was kind, not too hot and a lot of fun was had by everyone for photos click here KKC Christmas Karateka December 2011. 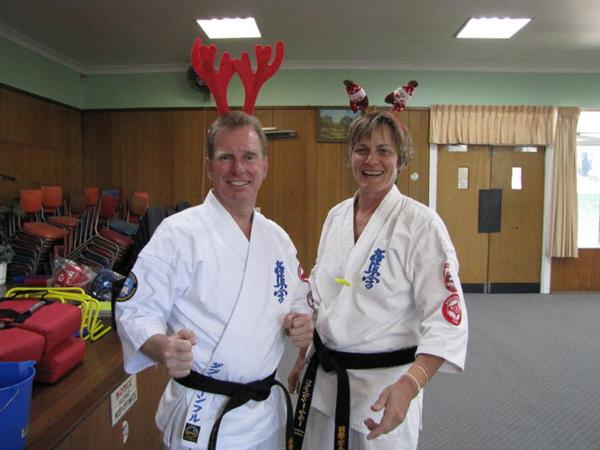 We had a great night at the IFKKA EOY Karate Christmas Party and Awards Night; there was a huge turnout and KKC Karate Five Dock was well represented (pictured below). The weather was a bit blustery, but I don’t think the kids noticed as they were having a great time running around outside on the bowling greens, and at times actually bowling!! Which I think they enjoyed.

The food was great, really tasty and we thank Lizzie and her staff from the Bistro at Petersham Bowling Club as they did a great job ensuring everyone had enough to eat. But also don’t forget Tom behind the bar who was so helpful, throughout the whole evening.

A highlight of the evening is the awarding of the Sydney based IFKKA Interclub Tournament Series Awards. These are the interclub champions for their divisions, which is based on points accumulated during the tournament series and the pinnacle of our organisation the Awarding of the Spirit of OSU Award. And KKC Five dock didi really well as we are only a young club with Kyoko Millar being named the Senior Spirit of OSU Award Recipient for 2010 and Robbie Simmons being named the Interclub Champion Junior up to 16 years of Age Intermediate 7th to 5th Kyu. Congratulations and well done to both of you.

Well done everyone. Check out the photos from the night click here. 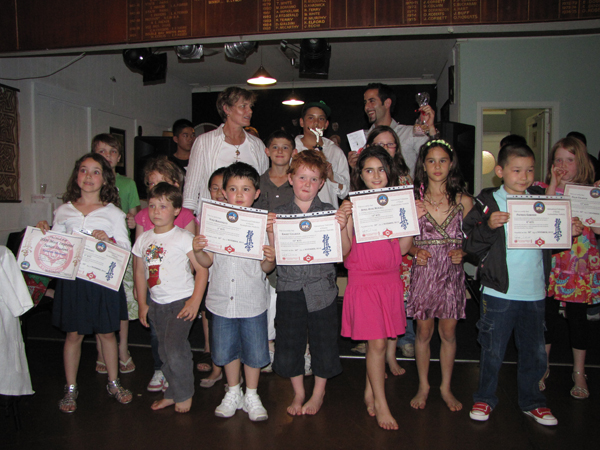 The IFKKA junior grading was held at Tempe Dojo on Monday 22nd November 2010 listed are the students and the grades obtained, congratulations to all on achieving your new grade.

Round 3 and final round of the IFKKA Interclub Championship was held at Dulwich Hill Dojo on Sunday 31st October and it was a great day seeing some very good kata being performed and excellent clicker style sparring. KKC Karate was well represented and the students once again did the dojo proud with how they performed.

Full results are listed below and be sure to check out the photos. 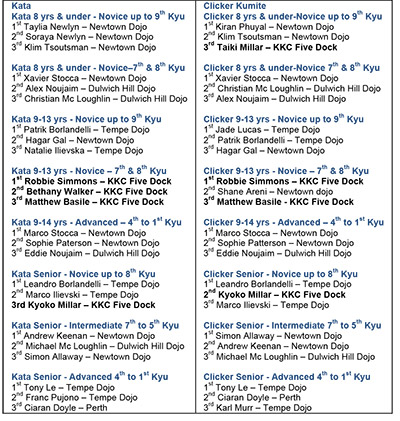